CHAPTER TWELVE
ASPECTS OF DOWNLAND TOURISM'S SOCIAL IMPACT.
The two case studies raised a number of social issues related to tourism. On Dartmoor theft of artifacts is a problem. In The Malverns the incursion of an alien culture in the form of New Age Travellers solicited a dramatic local response. In Chapter 11 the tripartite balance between tourism, conservation and the environment was debated. The combination of landscape protection and recreational planning has significant social implications. This chapter discusses a number of social issues, selected because of their direct relevance to Downland recreational tourism.
Central to any social issue is the local population for which landscape conservation measures can have dire consequences. For example, following the establishment of the American National Parks Service by an Act of 1916, in the following 35 years, large areas of landscape were deliberately depopulated.[1]
On the Sussex Downs the picture is substantially different. Precise population estimates for the Downland vary. Previously it has been estimated that there is a resident population in the core study area of about 36,734 persons.[2] Using the RDC estimates encapsulated in the Rural Panel Report of the SDCB of 1994, it is possible to look at population dynamics.[3] These estimates are for the AONB population and have the advantage of including typical rural village locations just outside the core study area, falling within the peripheral zone as outlined in Chapter 2, but without including the substantial conurbations of towns such as Brighton.
The picture that emerges is of a population which has grown by 3.56 percent between 1981 and 1991. Just under 15 percent of households are now without a car, compared with a figure of 28.47 percent of households in Sussex overall. The greater likelihood that two or more cars are owned suggests that the AONB resident enjoys a degree of mobility and perhaps affluence greater than that of Sussex in general.
Noticeable within the population is the change over the 1981-1991 period of the age profile. This is illustrated in Figure 12:1. 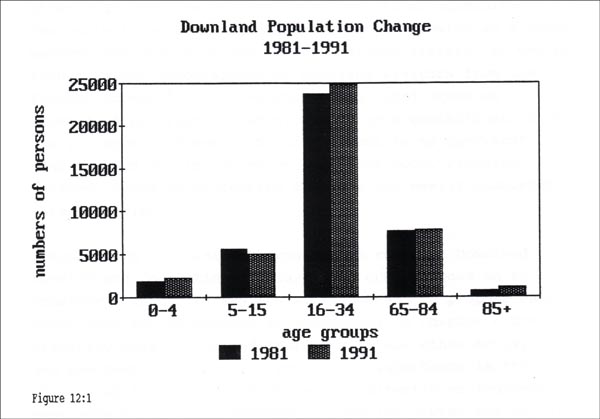 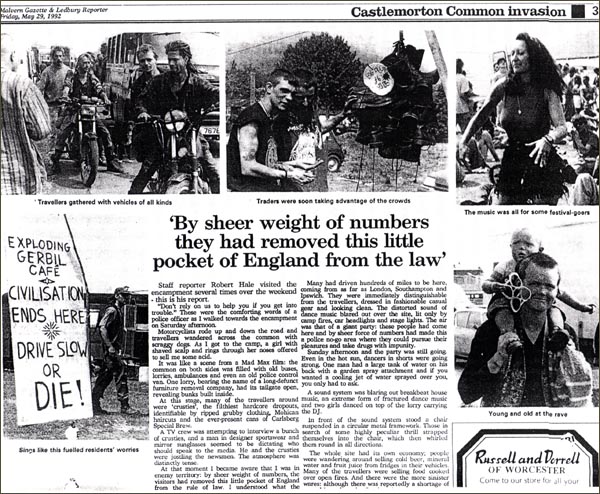